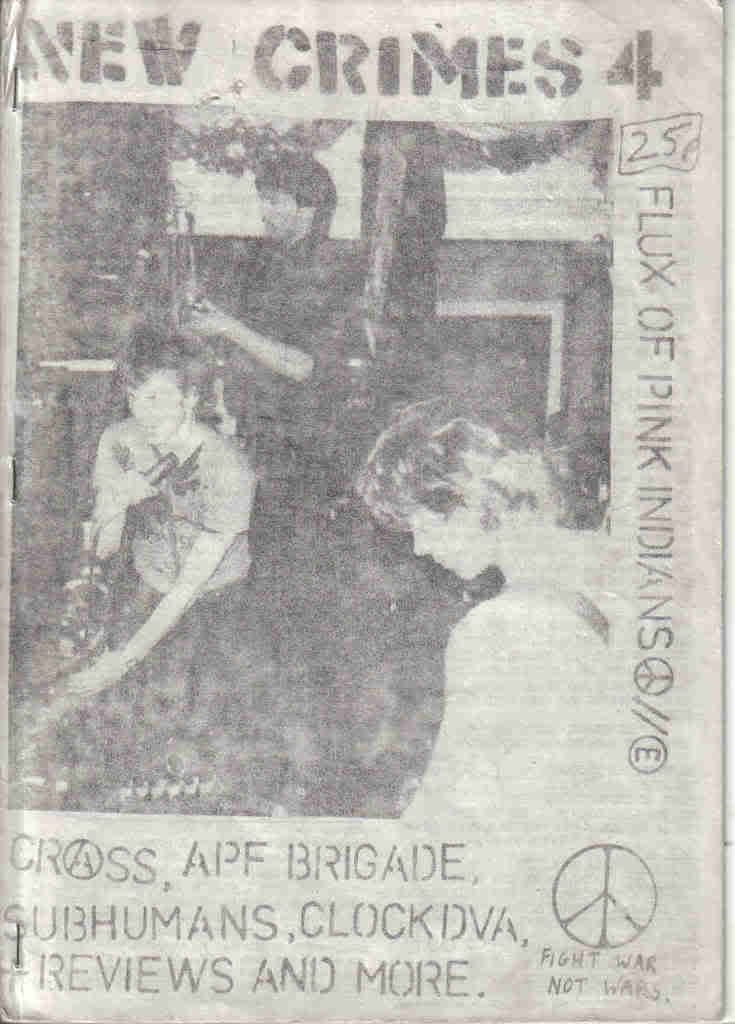 New Crimes was a fanzine released in the Southend area, compiled and edited by Graham Burnett who now runs all kinds of ‘green’ workshops and has released several books and pamplets on ‘green’ issues.

The Spiralseed site, run by Graham is worth a peek and all literature is available online on his site or via Housmans Bookshop in Kings Cross, London, N1.