No Room For You

I always thought this band were great and severely underated at the time,  so I am uploading both 7″ singles that were released during the band’s lifetime. All these tracks that are uploaded by this band are great, but ‘No Room For You’ is an absolute classic…For best results play this track loud enough to receive a visit and a court order from your local plod / social services. 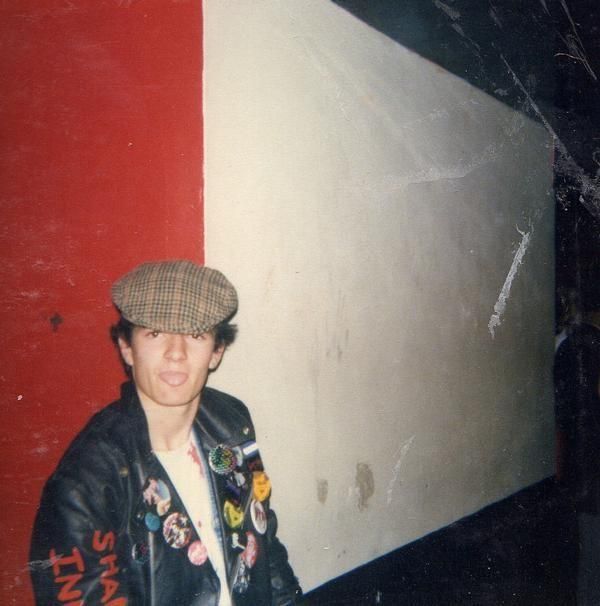 Demob formed in late 1978 by guitarist Terry Elcock and drummer Johnny Melfah, and they were soon joined by Mike Howes (vocals), Tony Wakefield (bass) and Chris Rush (guitar). Howes ex-army skinhead friend Andy Kanonik soon joined, also on vocals. It was this line-up that first rehearsed and played the first gigs in and around Gloucester, the Viking youth club becoming the main place of rehearsals and Tracy’s night club was the first venue that Demob played in 1978, and became the local night club hangout for all the band and punks at that time. Elcock had previous experience on guitar as a member of a church band.

Demob’s first big break came in the summer of 1979 when they fooled the authorities into letting them have a place in the Gloucester annual carnival parade. The ever increasing support for the band resulted in a mass riot between the punks and the bikers and, ultimately, the suspension of the carnival. The riot made national press and attracted the interest of the local record label, Round Ear Records.

In 1980, Howes was sacked from the band, and Kanonik was imprisoned for three months, leaving the band without a singer. The band had just recruited Mark “Miff” Smith to replace Rush, and he took over the role of singer, with Paul “Fatty” Price also replacing Wakefield on bass. Smith soon become an integral part, arranging and organizing gigs. With the line-up now comprising Mark Smith (vocals), Terry Elcock (guitar), Paul Price & Barry Philips (bass guitar), and Johnny Melfah (drums), the band worked on their first recordings. “Anti-Police” was Demob’s first release on the independent Round Ear Records, the record supported by the late John Peel, and journalist Garry Bushell. The record spent over two months in the UK Indie Chart, peaking at number 34.

On the back of the success of “Anti-Police”, Demob supported many acts around the punk circuit at this time, including U2, UK Subs, The Angelic Upstarts, Discharge and The Beat. Most performances ended with a police presence and inevitable violence with their notorious hardcore followers, the Demob Riot Squad. The band’s multi-racial line-up sometimes attracted hostility from Nazi skinheads who attended their gigs, and the band would play several concerts in aid of the Anti-Nazi League.

A second single, “No Room For You” quickly followed to add to the success, but unfortunately, like so many punk acts of the era, musical differences soon developed amongst the line up and Demob split to pursue other musical avenues in 1983.

This post is respectably dedicated to Tinsel, an old time KYPP cohort who’s birthday it is today – Happy Birthday dearest, baby Aaron also sends his hugs to you on your special day.