Date: 10/09/2011
Start Time: 14:00
End Time: 20:00
Description: Decided against Regent’s Park as there wasn’t much enthusiasm for it & nobody knew a good spot to have it there.
Decided to have it at Highgate Wood again as the last one there 3 years ago was good. There is an entrance (not shown on map) to the woods at the bottom of Muswell Hill Road  around the corner from Highgate tube. Just follow the path facing the gate uphill & around to the right past the toilets & playground & you’ll find the sports ground which is a rectangular clearing in the woods. Will meet up near where the path joins the sports ground (don’t worry it’s not very sporty apart from cricketers on the far side). Bring your own poisons, sprogs & puppies welcome.

Hopefully, the sun will be out but if it rains we can head to the Boogaloo which has a good jukebox – more details HERE

And here is an interesting article on Highgate cemetery which is nearby:

Built in 1839, the Victorians regarded Highgate Cemetery as a highly fashionable burial place. Its numerous large and elaborate tombs and monuments are a testament to this. The cemetery was initially maintained to a very high standard, looking more like a public park than a graveyard. Sadly, by the 1960’s, the cemetery had deteriorated into an overgrown, decaying and ominous place. 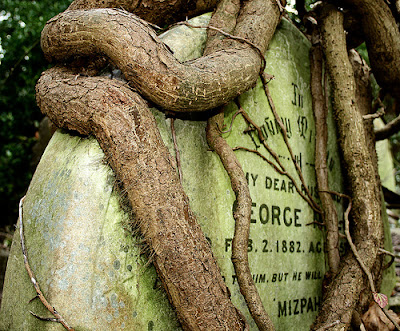 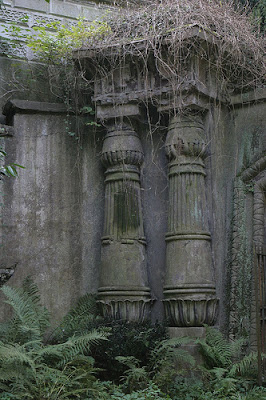 Rumours began that Highgate was haunted, not by an ordinary ghost, but by the spirit of a malevolent vampire. One night in 1963, two teenage girls walked along Swain’s Lane, adjacent to the cemetery. Upon passing the north gate, they claimed to have been terrified by the sight of bodies or spirits rising from graves. 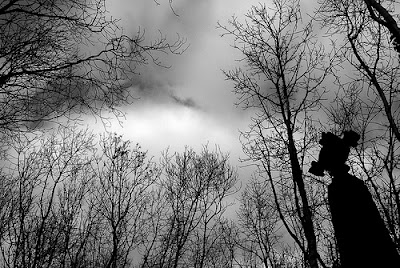 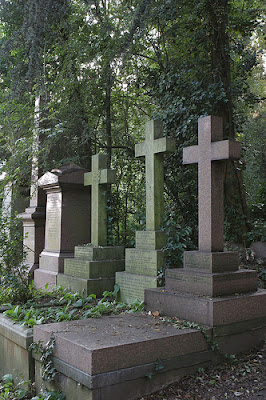 Just weeks later, also in Swain’s Lane, a couple spotted a hideous phantom, with a face of unspeakable evil. It hovered just beyond the cemetery railings. They were frozen to the spot in sheer horror, as it glared back at them. Several other witnesses reported the same entity hovering along the path and amongst the gravestones, before it disappeared into the darkness. Some of these witnesses contacted the local paper. Soon afterwards, animal carcasses, drained of blood, began to appear in the cemetery itself. 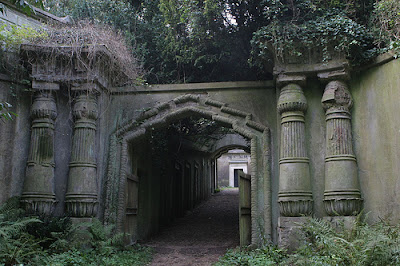 As rumours of spectres abounded, the decaying and abandoned Highgate cemetery became a magnet for vandals and occultists. Late in 1969, a group of occultists descended on the cemetery, and broke into a tomb. They performed a Voodoo ceremony, in the hope of raising the spirit of the corpse within. Local legend insists that the occultists got much more than they had hoped for, when an eight foot tall, black-clad entity emerged from the catacombs and chased them. The unlucky sorcerers escaped by scaling the railings, with one of them insisting he saw a long, bony arm reaching out from the railings, as he glanced back along Swain’s Lane.

In January 1970, a motorist drove along Swain’s Lane, close to the cemetery gate. His car engine started to sputter, so he stopped, got out, and lifted the hood up. To his horror, he noticed he was being spied on through the cemetery gates, by an unnaturally tall, spectral figure. The motorist was so terrified, he ran off and abandoned his car, leaving it with the hood still up. 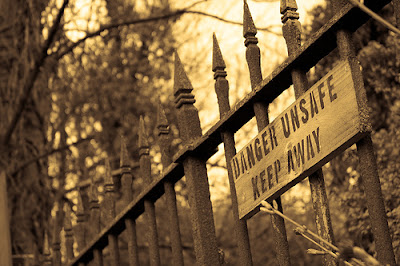 In 1971 a young girl claimed the vampire attacked her in the lane alongside the cemetery, in the early hours of the morning. She said she was hurled to the ground by a “tall black figure with a deathly white face”. Luckily for her, a passing motorist stopped to help her, and the vampire simply vanished into thin air when the car’s headlights hit it. The good Samaritan took her to the police station, where officers noted her genuinely shocked state of mind, as well as some abrasions on her arms and legs. The police combed the area but found nothing. They were, however, somewhat puzzled by the fact that both witnesses had reported the assailant’s sudden disappearance. The spot where the entity vanished, was lined on both sides, by four metre high walls.

In another account of the vampire’s appearance, a man claimed to he was hypnotized by the entity in the cemetery. He had ventured in there one evening out of curiosity. Dusk descended quickly, so the man decided it was time to leave, but unfortunately got lost in the unfamiliar environment. He was in no way unnerved or superstitious, and simply set about seeking an exit. When he turned around, he found himself suddenly confronted by a horrendous sight – a tall, dark, spectral figure. He later described himself as having been “hypnotised with fear” and rooted to the spot for several minutes after the spectre’s disappearance, in a strange state of paralysis. 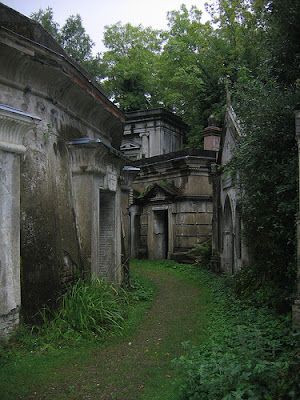 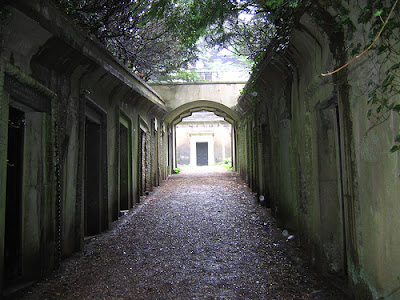 Swain’s Lane continued to be the scene of some very strange events. A dog walker returned to his car, parked in the lane, in 1974. To his horror and disgust, he discovered a newly disinterred corpse inside his car, even though the doors were locked, just as he had left them. This incident may well have been the work of Satanists, though, as many of them used the cemetery for their rituals at that particular time.

However, it seems the spectre of the Highgate Vampire has not yet been laid to rest. Even in recent years and months, people have reported a strange entity in and around the cemetery. The most recent reports tell once again of a ‘tall black figure’ lurking in Swain’s Lane, just outside the cemetery. Earlier in 2007, a female motorist spotted a dark spectral figure about 7 feet tall, in the lane. She described it as having luminous eyes, and that it suddenly vanished through the cemetery wall.

Days later, and less than a mile away, a dog walker reported an encounter with the alleged vampire near an old Roman Settlement in Highgate Woods. He said the entity suddenly vanished into the ether, and he saw no further sign of it.

So what lies behind the tale of the Highgate Vampire? Is it an elaborate hoax? Are there pranksters at work? Could it be mass hysteria? Or is there really a supernatural entity of some sorts on the prowl? Whatever the answer, it’s certainly an interesting story.